To this day, I’m not really sure how I came home and told my parents my first job was going to be a magician’s assistant. Quite literally but not literally. You see, I was the executive assistant to a magician turned business owner whose company, JMP Creative, operated in the toy and promotional product industry.

Yes, you’re reading that Twitter profile correctly, this was all in a workplace that had created a billion toys. All of these rooms were part of the tour and culminated at the world’s most unique conference room…the mother ship.

The underlying meaning of “get the conference room ready” meant my timing had to be exact. I learned to give myself at least 15-20 minutes of run-around prep where I’d swiftly navigate the presentation route throughout the toy room, arcade, Think Tank, artist area, library (I always adored how many books we had) –before sneaking past the tour in progress and deftly sprinting across the parking lot to our adjacent building–where I’d switch off the house lights and turn on (you guessed it) the show lights and soundtrack to the conference room a (life-size?) spaceship suspended upon an iron framework. Meanwhile, back on earth, I learned the true value of hard work.

The ingredient for success is hard work.

My early days were spent among artists, animators and inventors in a 10,000 square foot million dollar workplace of productivity and ideation. I organized numerous display shelves of toys (created by JMP or collected by Jim for inspiration purposes), dusted glowing pinball machines weekly and practically had the corporate credit card on file at the Container Store for all the stackable jars of brightly-colored goop we’d store or ship off to the production factory.

It was really hard work to stay organized myself and to do the same for our CEO. Still, I loved how weird and chaotic the day-to-day operations could be. Seriously, I should have started blogging back then. Every day was unique and challenging in its own way and I just had to jump in and navigate.

Thinking back, I sat in on numerous meetings with Jim where inventors would bring their ideas or contraptions to him seeking product or marketing innovation. It’s where I myself began to tune into my own instincts as a marketer thinking, “what kind of person would likely search for something like this?” and “would they purchase it?”  There was a lot involved from research, iteration, pitching, revising, patenting, tinkering, refining etc, etc.

The lesson I walked away with was: if you want to make something a reality, you have to bring it to life. There is no substitute for hard work.

Remember when you were a kid and a couch fort was anything but a crude pile of pillows and cushions? Your imagination was the key to wherever you wanted to go. We seem to lose this ability as we grow up.

But somehow, Jim had captured lightening in a bottle. His forte was engineering creative brainstorm sessions for adults. During my time there, we hosted a variety of groups from entertainment executives to wealthy foreign entrepreneurs. The sessions were designed around a simple concept: play.  Even our weekly internal meeting (“Monday Fun Day”) was engineered in the same way.

Jim habitually collected toys, props, or anything representing creative imagery.  To him, each was a different kind of tool he hoped might help inspire a client’s big idea. While it was an incredibly fruitful and ingenious technique, organizing this world in which I found myself proved to be a unique challenge.

Eventually, I grew to appreciate my own balance of organized chaos when it came to creativity. Jim was one of my earliest mentors. He was an incredible example to me of the importance of building a personal brand around showmanship (he was a magician, after all). His facility was on par with that feeling of following John Hammond around Jurassic Park, “we spared no expense!”

Whenever I came up against a roadblock, Jim encouraged me to find a different way to solve the problem. Those moments of having to think on my feet in front of him seemed endless. I frequently found it stressful not finding the right answer immediately. Ultimately, nature won and my brain found a new neural pathway to producing results.

Because of this, I became a much more resourceful person. Now I think, “Ok that didn’t work. But there is always a way. What’s the next thing I can try?”

One of the best projects I got to be a part of was when JMP was approached by a production company to participate in the reality television series American Inventor. Three inventors were selected to work with our company and we were all on different teams to help them build, prove and develop a go to market strategy for their respective inventions. I was part of Team Chavez, with the Guardian Angel product (woo!). 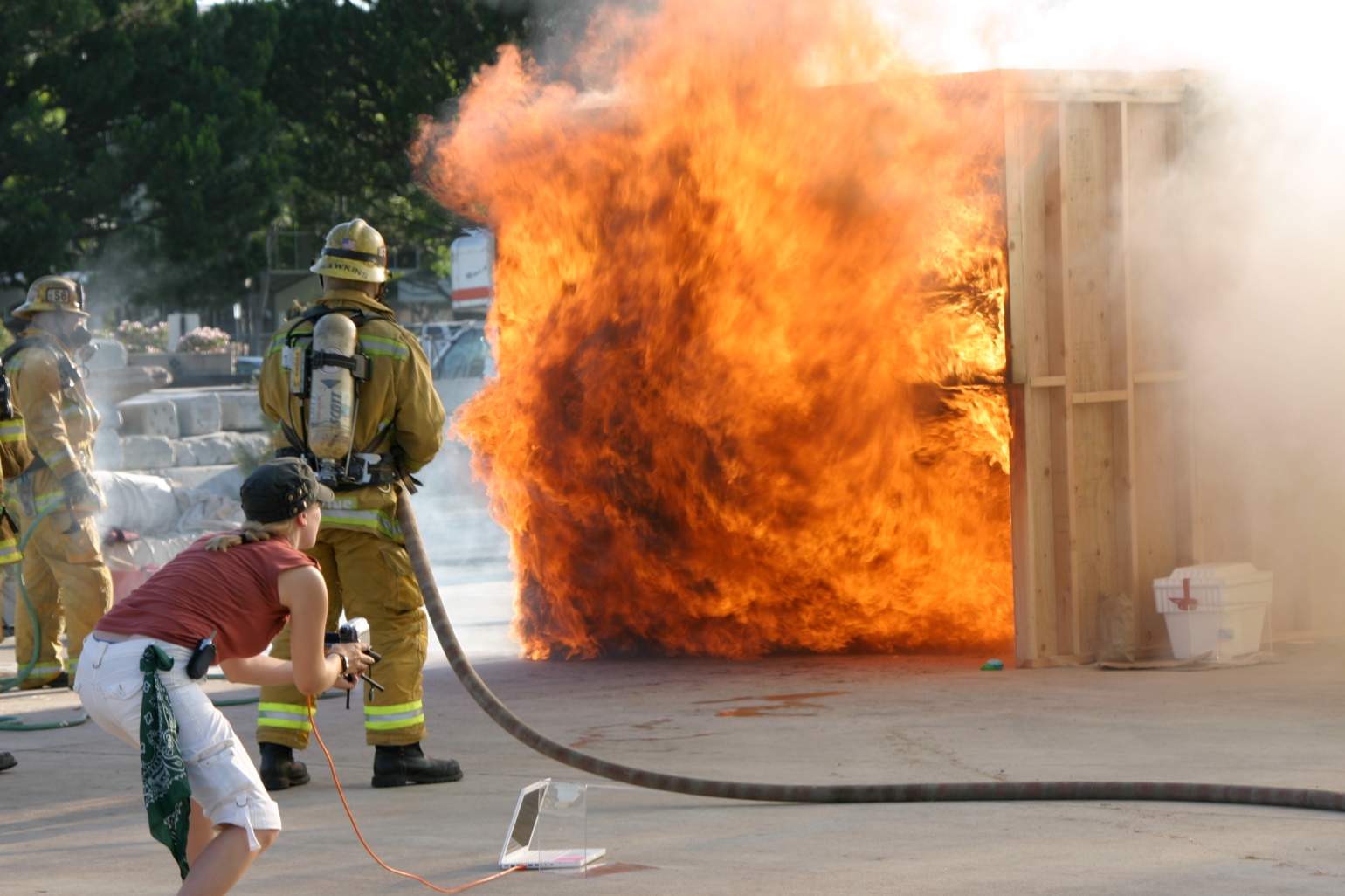 That’s me inching backwards from a mock living room completely engulfed in flames (don’t worry, mom, it was a controlled burn). See, even the professionals are present. How I got to that point requires a bit more context.

Chavez, a firefighter by trade, had an invention where the angel on top of a Christmas tree was specially designed activate and release water by way of a coil system were the tree to catch on fire.

Typically, we would be in development on a toy or product for up to a year. But due to the nature of reality TV and the production schedule, we basically shot around the clock for one month.  The timeline was compressed, to say the least, and we still had to go through all the stages of product development from sketched concept to a finished, market viable product.

On the big shoot day, production teams, JMP crew, and fire fighters set up on the back lot of a local fire station training ground to capture the product in action. We built a three-walled mock living room completely furnished (by yours truly) with curtains, couch, coffee table and, of course, Christmas tree (apparently, I couldn’t be bothered with presents at the time?).

Let’s take this in for a moment, this was July in southern California and I found Christmas trees (it still amazes me that I found a way). It was already incredibly hot outside and there we were trying to light a tree on fire to capture the successful product activation of a fire-suppression system and not enough of anything to be setting on fire. All in a day’s work.

“JMP set up five cameras to shoot the test from every angle while ABC’s crews videotaped all the action.

The first test, the horn sounded but water didn’t flow because the angel blocked the release mechanism.

The second test put out the fire so fast there was hardly any flame.

“You’re killing me,” McCafferty cried, half joking. They had just one fire sensor and two Christmas trees left.

The third test, a two-foot flame shot up, the horn sounded, water sprayed, the fire was not just suppressed but extinguished.

“It was probably one of the best moments in the whole process,” McCafferty said.
The judges and viewers who voted to determine the winner apparently agreed. Chavez won the million dollars and is in negotiations with First Alert.”
http://www.ocregister.com/2007/08/27/american-inventor-contestants-get-help-from-local-firm/ 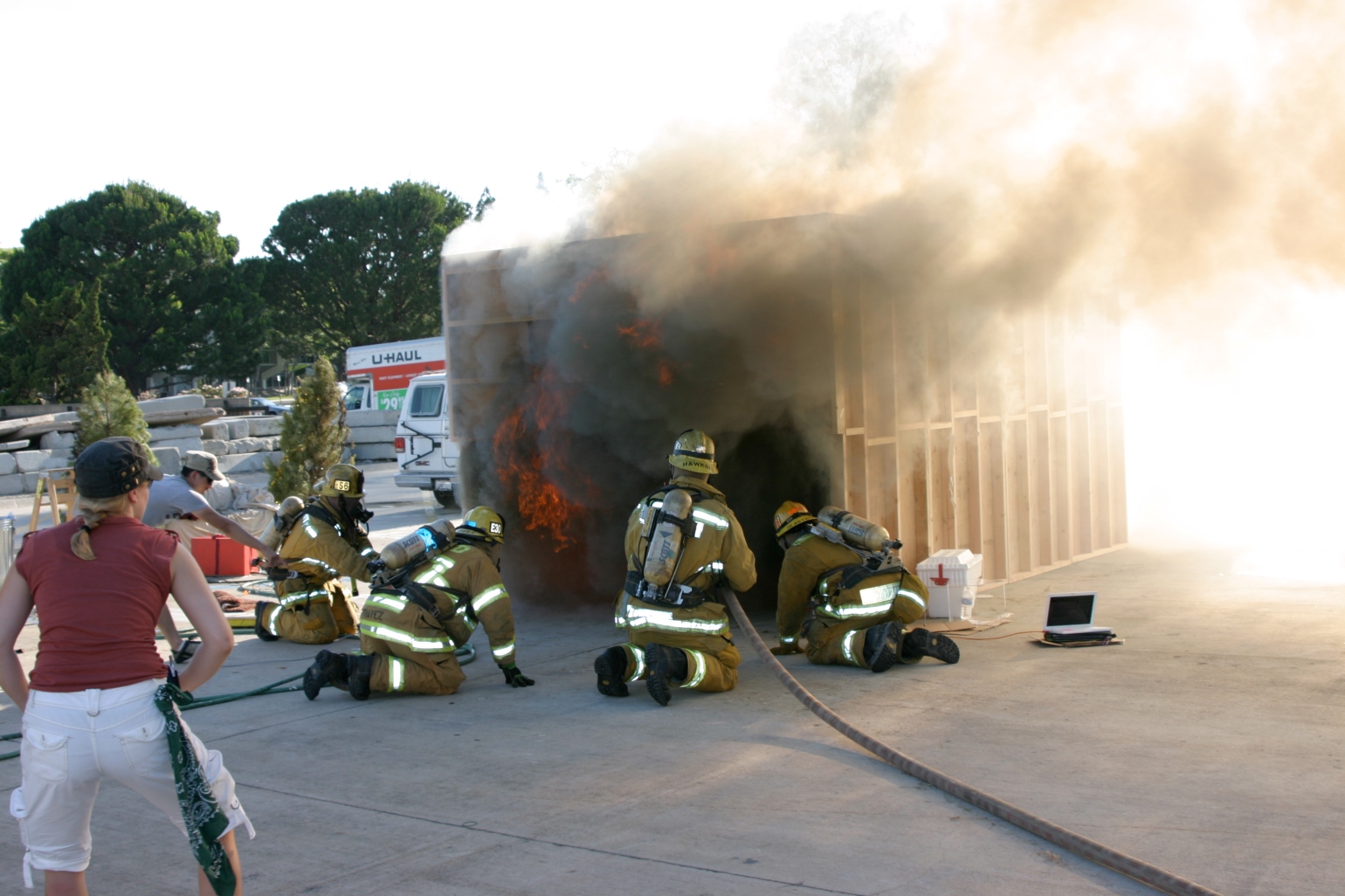 From Big Ideas to Big Data

My experience as a magician’s assistant gave me a unique skill set. It taught me how to become more adaptable, resourceful and creative. These days, I work for a German software platform that uses big data insights around business intelligence and the most outlandish place my meetings take me is Berlin.  I no longer have meetings in space ships or have to source Christmas trees in LA in the middle of summer. But my foundation in toy and product development is where I developed a great deal of humility around what it takes to bring an idea to life.

Bring on the rare, the bizarre — I can manage. I do my best work in the unknown because it’s oddly comfortable. Care to join me? It can be fun!

I know it all sounds so hard to believe. I guess that’s why seeing is believing. Here’s an old promo video I found on YouTube that highlights the awesome work place that is JMP Creative. Enjoy! 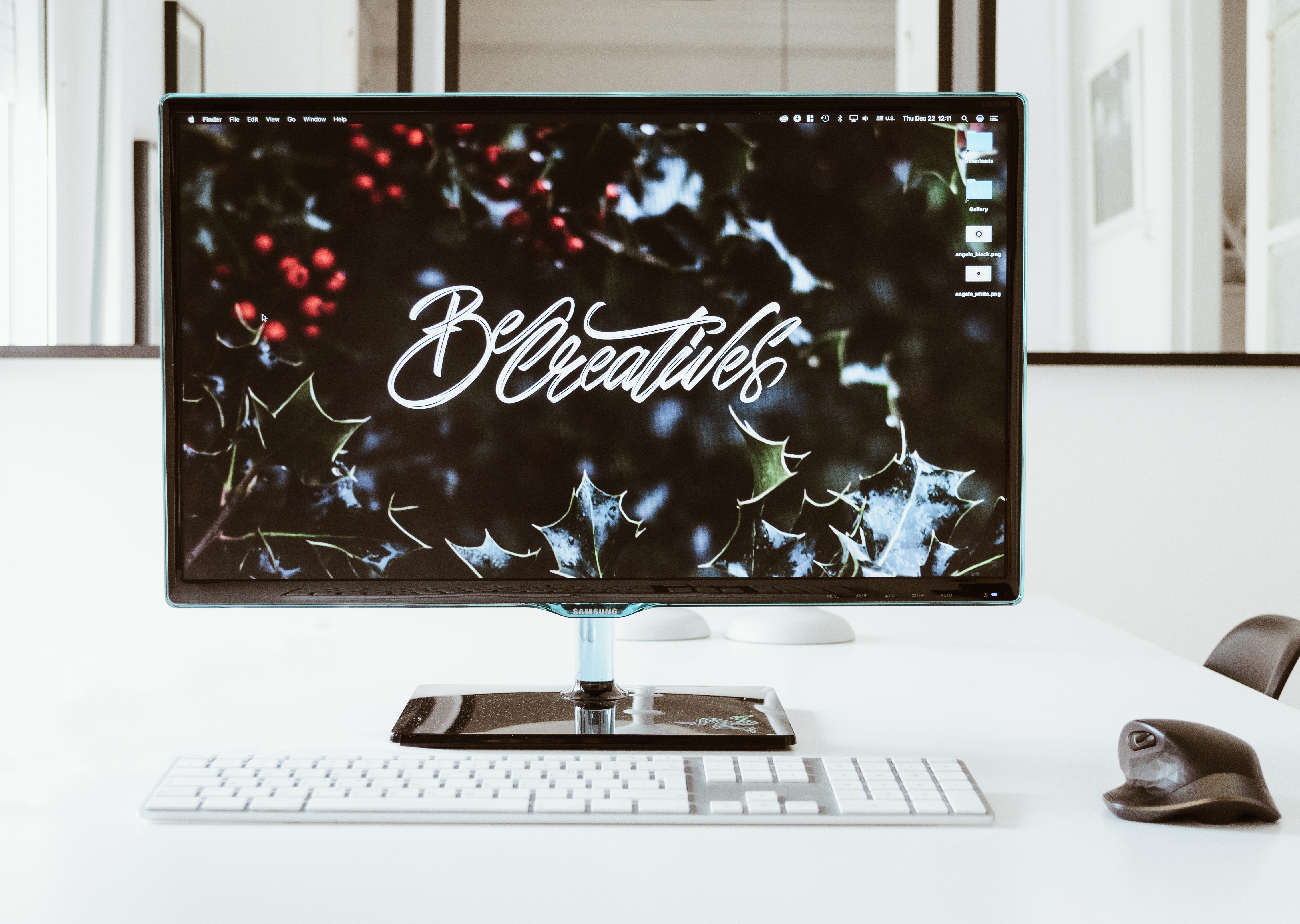